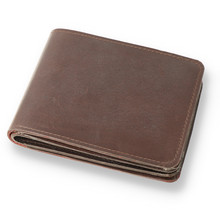 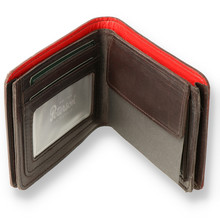 Peterson In London in 1865, two german brothers, George and Frederick Kapp, established a pipe-making business. George Kapp & co. In 1874 Frederick decided to strike out on his own and moved to Dublin to continue his pipe making endeavours. A year later, a young Latvian, Charles Peterson, joined the business. Charles brought with him two great assets: a creative instinct for design and outstanding craftsmanship. It was a powerful combination. In time, Kapp & Peterson became simply Peterson. And the rest, they say, is history.

Peterson have focused their impeccable manufacturing quality to these beautiful Genuine Leather Wallets. Ideal for a gift for those Peterson fans in your life.