Reverse Calabash Featuring a rather unique design, the Talamona Mini Reverse Calabash is the same idea as a traditional calabash, There is a larger second chamber that allows the smoke to cool before entering your mouth. The “reverse” part comes in because the smoke cools inside the shank rather than beneath the bowl. The entire shank has been drilled out to 14mm wide and 28mm deep.

Talamona di Paolo Croci Mini Reverse Calabash Bog Oak This slanted poker reverse calabash is a stunning example of the high quality workmanship expected to come out of the Talamona studio. It's generous sized bowl sits wonderfully in the hand and is finished with a chestnut stain and rusticated to produce an ultra cool, sweet smoke. There is a cumberland acrylic band and it comes with a choice of a dark amber stem, a brown cumberland stem, a dark grey stem and a black churchwarden stem. These pipes are truly a work of art and it will be a real dilemma as to whether you will want to smoke it or put it on display for all to see. 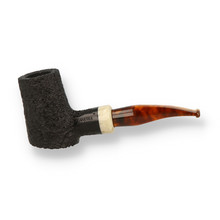 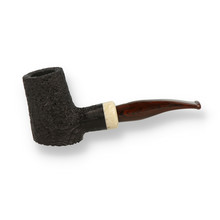 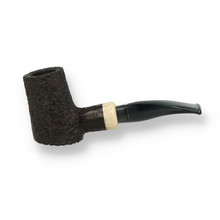 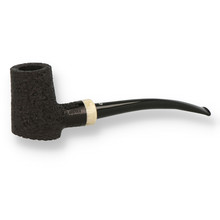 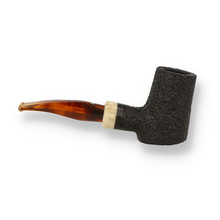 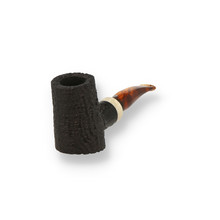 1
Customers who bought this also bought