Talamona di Paolo Croci Rock Fossil This Generous Straight Pot Bog Oak is a stunning example of the high quality workmanship expected to come out of the Talamona studio. It's generous sized bowl sits wonderfully in the hand and is finished with a deep grained sandblast around the bowl to produce an ultra cool, sweet smoke. There is a white acrylic band and a black cumberland saddle stem. These pipes are truly a work of art and it will be a real dilemma as to whether you will want to smoke it or put it on display for all to see. 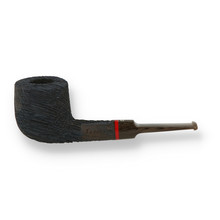 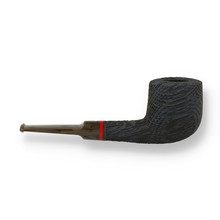 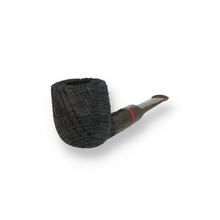