BUY BRITISH Samuel Gawith Cabbies Pipe Tobacco: As the end of 2015 draws into the winter months we are delighted to see the release of a brand new blend from the Lake District blenders. This is the first new Tobacco released by Samuel Gawiths since they ended a 150-year long feud with their competitors Gawith Hoggarth and merged the companies once again. They have always been our two favourite Tobacco manufacturers for different reasons and now they have joined forces we can only imagine what level they are going to take their blending skills to!

Cabbies Mixture is blended from the highest quality Virginia and Perique leaves which have been hand twisted the traditional way before being left to cure under pressure. The twist has then been sliced ready for preparation as you see fit. Perique is an unmistakable leaf which adds a very unique character to any blend but it is very expensive and must be treated with respect as it's very easy to unbalance a blend with disastrous results. For these two reasons, many blenders are too afraid to try it but not the new SG & GH team. This blend has been sampled by many at recent trade shows and the reaction has been astounding. The right balance of Perique in a bold and full-bodied blend which isn't too overpowering in the nicotine stakes. It sounds like Samuel Gawith have come up trumps and introduced a remarkable Perique blend to the market which has all the signs of becoming an instant classic! This blend will make a great introduction to those who haven't tried Perique yet to see if you are a lover or hater of this unique blend. A bit like Latakia being the marmite of the Tobacco world Perique is the Vegemite (you might need to be Australian to understand that pun)

Roll Cake/Curly Cut: The Samuel Gawith Cabbies comes in Roll Cake form. The sliced discs can be smoked as they are, mixed with some ready rubbed or can be rubbed to the smoker's preference depending on the desired burn rate. Twist tobacco is often matured. All through this adds depth of flavour and character it can be overpowering for the less experienced. 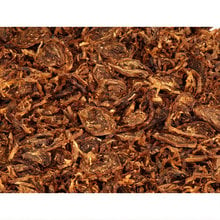