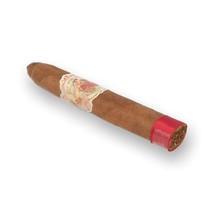 My Father Cigars:
It all began from a very humble beginning when Jose Pepin Garcia sat passionately for the first time at a rolling table in Cuba aged only 11 and the “Garcia Dream” began forming in his head.
The Garcia family moved to Miami in 2003 and opened a small Cigar shop in Little Havana
It took only 6 years to develop the business into one of the leading Cigar manufacturers in the world and his dreams came to life as they opened a seven acre complex in Nicaragua which enables them to take tobacco seeds and monitor the process right through to the final rolling of their Cigars without relying on a single other company.
They are well regarded as producing some of if not “the” finest Cigars in the world. And we don’t’ say that lightly as My Father Cigars have won prestigious awards every year since 2009 and Don Pepin Garcia was recognized as “America’s Hottest Cigar Maker” by Cigar Aficionado in 2008
The Garcia Family blends are uncompromisingly robust and aromatic, recognized for their distinct combination of strength, richness and spicy aroma along with a heavy finish. The construction is a very meticulous handcrafted cigar with a beautiful wrapper and a traditional triple-cap finish. Pepin’s traditions, heart and soul go into every cigar they make. The strict execution of time-tested Cuban cigar making methods ensure that every cigar they make provides the best possible smoking experience.

Cuba is the largest of the Greater Antilles islands. Because of its beauty it has earned the name “Flor de las Antillas”. In its honour, the Garcia family has decided to put that name on this amazing and unique creation, combining a great cigar with a design that includes accents from the original art created in the early 1900s. It is a 3/4 to Full-Bodied cigar Box-Pressed of a sun grown wrapper harvested in Las Marias farm, located in the region of Namanji in Estelí, Nicaragua, owned and operated by the Garcia Family. This cigar is blended with several Cuban tobacco seeds, making it smooth and creamy. It starts with the signature My Father spice and has a rich cocoa flavour. It produces a beautiful white ash giving it a great finish.

Loose boxed single Cigar:
The My Father Cigars are normally packaged loose in boxes of 20’s. We will mail a single cigar in a cardboard sleeve surrounded by protective packaging. The cigar should be enjoyed within a few days or kept in a humidor to ensure its condition and enjoyment.

Preparation:
Please note the My Father Cigars are premium hand rolled cigars and therefore require cutting or punching before they can be enjoyed.