Drew Estate Cigars: Born in 1996 the Drew Estate is a relatively new Cigar brand yet are now one of, if not the largest producers of premium hand rolled Cigars in the world with worldwide admiration. And this isn’t down to fat cat boys with big pockets marketing a brand to success. Drew estate was born in 1996 by Jonathan Drew & Marvin Samel with great passion, vision, aspiring dreams, and a “can do” attitude. The two frat brothers started out small.... small, as in a 16 square foot retail kiosk in the World Trade Center in NYC with a bank account running on fumes. In late 1999 Jonathan Drew moved to Estelí, Nicaragua with the hopes of starting a rebirth in the cigar world. The norm for new companies would be to outsource their Cigar rolling but they wanted to do it their own way (not the easy way) and with a handful of rollers and an even smaller handful of money, the story of “That Crazy Gringo” began. In as little as 2 years the drew estate had grown to epic proportions and captured the attention of Forbes magazine who did an article called Cult Brands and included Drew Estate alongside such brands as Krispy Kreme, Apple & Harley Davidson! Today the passion is still strong as they have built a family within the company who all devote great passion to making the finest and most characterful Cigars in the world.

Drew Estate Undercrown Shade Cigars: For 2015 Drew Estate have launched this exciting new line extension to their Undercrown line. Undercrown Shade marks the first release blended by the now Master Blender Willy Herrera who along with other Torcedores on the factory floor developed the Undercrown for their own smoking pleasure. Herrera’s continued involvement in blending and brand development within Drew Estate is evident with this new blend, as Herrera worked extensively with the Undercrown roller team who blended the original Undercrown line to develop this new Connecticut blend. In 2016 The Black Swan Shoppe represented the UK after being invited to the Drew estate to witness first hand what was happening on the Nicaraguan Cigar scene and how this nation has redeveloped its export markets so we can now enjoy their fine produce again. During the visit we were privileged to see these Cigars being rolled and were of course invited to sample them. By the end of the evening the box was empty and we were craving more!! It was a unanimous decision by the group of retailers that this cigar “must” be brought into the UK. And a mere few months later we have received the first batch of these highly prized creations.

The Undercrown shade is a mild to medium-bodied Cigar rolled with a Dominican Criollo 98 and Nicaraguan Criollo & Corojo fillers before being binded with a Sumatran binder and finished with a flawless 3 year aged Connecticut seed Ecuadorian wrapper. The result is a lush & ultra-smooth and extremely creamy Cigar with flavors that only a shade grown wrapper can deliver. 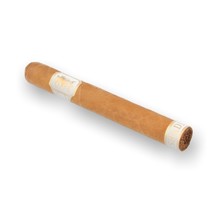