Drew Estate Cigars: Born in 1996 the Drew Estate is a relatively new Cigar brand yet are now one of, if not the largest producers of premium hand rolled Cigars in the world with worldwide admiration. And this isn’t down to fat cat boys with big pockets marketing a brand to success. Drew estate was born in 1996 by Jonathan Drew & Marvin Samel with great passion, vision, aspiring dreams, and a “can do” attitude. The two frat brothers started out small.... small, as in a 16 square foot retail kiosk in the World Trade Center in NYC with a bank account running on fumes. In late 1999 Jonathan Drew moved to Estelí, Nicaragua with the hopes of starting a rebirth in the cigar world. The norm for new companies would be to outsource their Cigar rolling but they wanted to do it their own way (not the easy way) and with a handful of rollers and an even smaller handful of money, the story of “That Crazy Gringo” began. In as little as 2 years the drew estate had grown to epic proportions and captured the attention of Forbes magazine who did an article called Cult Brands and included Drew Estate alongside such brands as Krispy Kreme, Apple & Harley Davidson! Today the passion is still strong as they have built a family within the company who all devote great passion to making the finest and most characterful Cigars in the world.

Drew Estate Undercrown (Original) Cigars: Drew estate are well respected for the way they treat their rollers as family rather than mere employees, this ensures every cigar is rolled with love and care by talented people who enjoy their work. However this backfired in 2011 as Drew Estate had to ask their torcedores to smoke less Liga Privada cigars because they were leaving too few to be exported. Rather than revolt they responded by blending their own signature liga to smoke on the factory floor. Incorporating rare aged tobaccos from no fewer than seven farms using different vintages and primings. The cigar they created was no mere replacement it was an exceptionally refined and balanced smoking experience of uncompromising quality with excellent depth and complexity that Drew Estate branded “The Undercrown”. It is always the master makers who are heralded, but the reality is that great cigars are the product of many talented people, most of whom toil in factories with no recognition or publicity. They are the uncelebrated heroes who make all of our lives more pleasurable with the cigars they craft. Drew estate are now sharing their factory floor creation with you as Undercrown, borne of their worker’s ingenuity, resourcefulness and passion for a great cigar.

The Undercrown is blended using select Brazilian, Matafina and Nicaraguan Cuban Seed leaves with a T52 Connecticut River Valley Stalk Cut & Cured Habano binder before being finished with a superb Sant Andres Negra Mexican wrapper. If all that text has blown your mind then take it from us that this is a wonderfully complex, medium to full smoke that has been blended by the people for the people for a wonderfully balanced smoke. 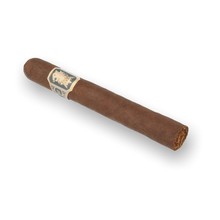