Loose boxed: Drew Estate Cigars are packaged loose in a Cedar lined Box The cigars are kept in our humidors until dispatch and preferably should be stored in a humidor as soon as you receive them. If you are planning on smoking them within a couple of weeks the cigars should be okay as long as they are kept sealed in a cool dark place. 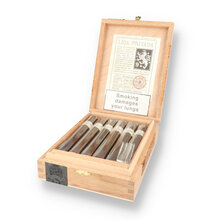 Most Popular in Drew Estate Cigars