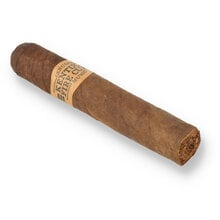 Drew Estate Kentucky Fire Cured Cigars: Kentucky Fire Cured is not something new to the world of tobacco, as it has been grown and processed this way for well over 200 years. The finest rich earthy Kentucky seed tobaccos have been flu cured over burning wood chip with the same care and devotion as you would properly fire-cured meats. Packed with mountains of flavour, comparing to the smokey peatiness of a good single malt the Kentucky Fire Cured picks up the nuances of the roasted Hickory, Oak and Maplewood giving a totally unique flavour for those who like a bit of oomph.

Most Popular in Drew Estate Cigars ...