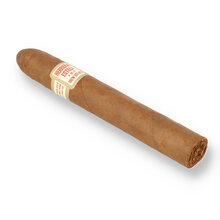 Loose boxed single Cigar: The Drew Estate Cigars are normally packaged loose in wooden boxes. We will mail a single cigar in a cardboard sleeve surrounded by protective packaging. The cigar should be enjoyed within a few days or kept in a humidor to ensure its condition and enjoyment.

Most Popular in Drew Estate Cigars ...