This pipe has been snapped up by one lucky customer, we have left this here for historical reference and interest

Cumberland Briar Pipes The Cumberland finish was first introduced in 1979. The pipes are sandblasted with a brown stain and had a brindled, vulcanite stem. Originally, the Cumberland always featured a smooth brown rim, but in the current production the rim is sometimes smooth, sometimes sandblasted. Occasionally, a straight grain blast is finished with a Cumberland stain and a “Shilling Grain,” similar to the “Ring Grain,” resulting in a new variation on the traditional sandblast. The Shilling series is named for the British coin: the sandblast looks like a stack of shillings. Named after the warehouse on Cumberland Road. The old pipes that inspired this finish were found there. 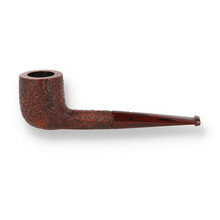 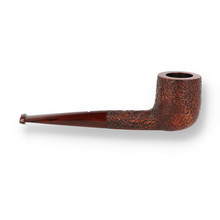 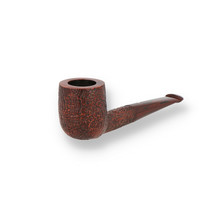